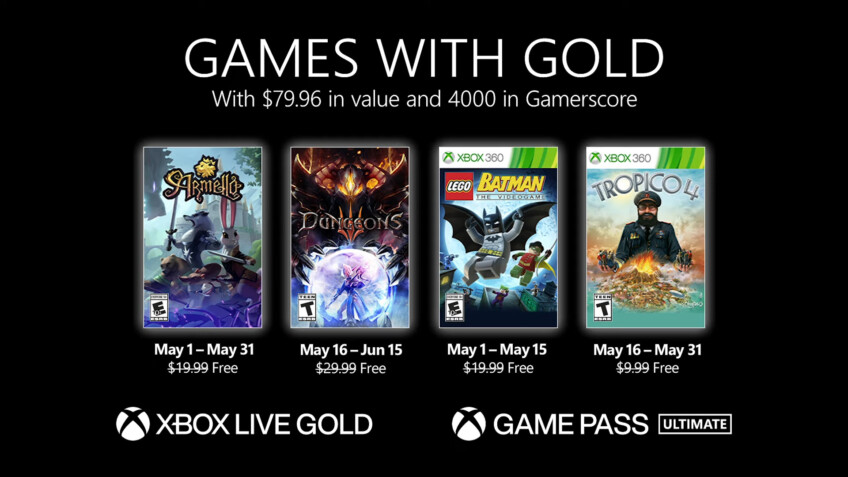 The May update of the Games with Gold service (also available as part of the Xbox Game Pass Ultimate) will traditionally bring subscribers four titles for Xbox consoles. Among them, it is worth mentioning Dungeons 3, a strategy about dungeon management, which received decent reviews from critics, and first LEGO Batman game. Below you will find a full list of titles with dates.