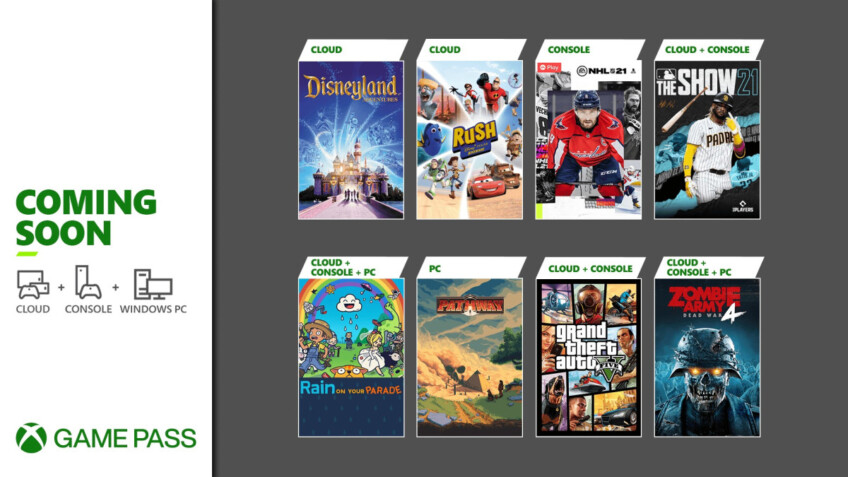 There’s been some sneak peaks on what might appear in Xbox Game Pass in April 2021. The time has come to be more precise. Microsoft has officially revealed 8 games that the subscribers will be able to play in near future.

The biggest surprise in the list of added games is GTA V (in xCloud, Xbox One and Xbox Series S | X versions), a gangster adventure from Rockstar Games studio, which debuted in 2013, but still remains popular.

Virtual sports fans also have reasons to be satisfied, because the library will be enhanced with virtual hockey and baseball games.

[…] This April update of the Xbox Game Pass will bring two new games for the fans of virtual sports, but several titles will drop out of the digital library. Fortunately, we are talking about older, specifically selected parts of the Madden and NHL series. […]