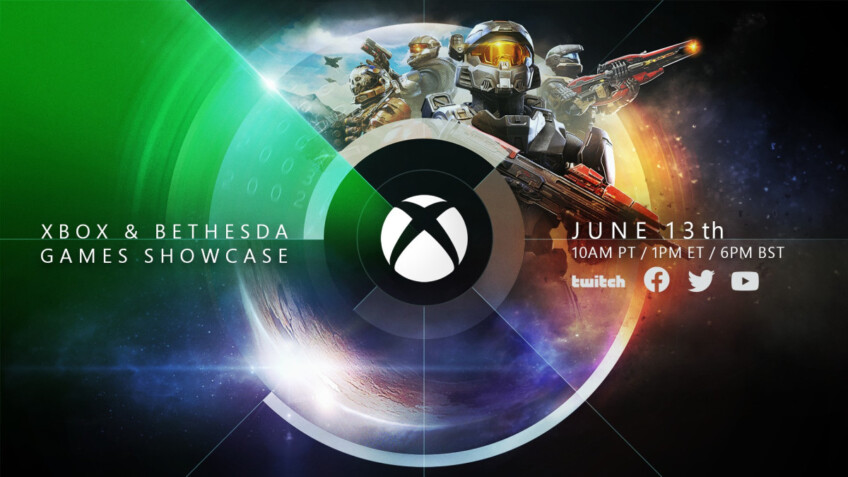 Microsoft has announced that on June 13 at 19:00 CEST (13:00 ET or 10:00 PT) a presentation of the Xbox & Bethesda Games Showcase will take place. During the event, we will learn about the plans of the Redmond giant for the future. We will hear more details about the title from Xbox Game Studios, Bethesda and partners. More games exclusive to Xbox Game Pass will also be announced.

You can watch the event on Xbox channels on YouTube and Twitch.

What can we expect? Things can get really interesting, because Microsoft has in its hands as many as 23 companies associated under the common name of Xbox Game Studios. Among them you’ll find such big names as 343 Industries, Ninja Theory, Rare, Obsidian Entertainment, Double Fine Productions and, of course, the previously mentioned Bethesda. It is almost certain that during the show we will see a changed and unseen Halo Infinite, as well as Forza Horizon 5, the rumors of which have been appearing for a long time (the last of them suggests that we will end up in Mexico).

It’s also very likely we’ll see a trailer and details about Starfield, one of Bethesda’s projects. We would like to remind you that, according to unconfirmed intel, it may be available for PC and Xbox consoles only and may completely bypass Sony platforms. Who knows, maybe we’ll even get some more sneak peek of The Elder Scrolls VI? It’s about time, because three years have passed since the first teaser…

Microsoft also has some aces up its sleeve that it could use during the Xbox & Bethesda Games Showcase. We are talking about the previously announced titles that are in production, but which we have not heard about for a long time. These include Hellblade 2: Senua’s Saga, S.T.A.L.K.E.R 2, Everwild and Avowed, a new RPG from the acclaimed Obsidian Entertainment studio.

This is all speculation, of course, but there is one thing for sure: if you don’t want to miss exiting news and announcements, then stay alert and watch the Xbox & Bethesda Games Showcase! Perhaps some of these great and highly anticipated games will end up on Xbox Game Pass? 🙂

[…] take a while. However, it cannot be ruled out that we will find out more on June 13 during the Xbox & Bethesda Games Showcase conference held as part of the E3 2021 […]

SkateBird, Lemnis Gate and The Anacrusis are coming to Xbox Game Pass on release day - CheapGamePass.com

[…] before the Xbox & Bethesda Games Showcase, we found out that three brand-new games will appear on Xbox Game Pass from their release. We are […]