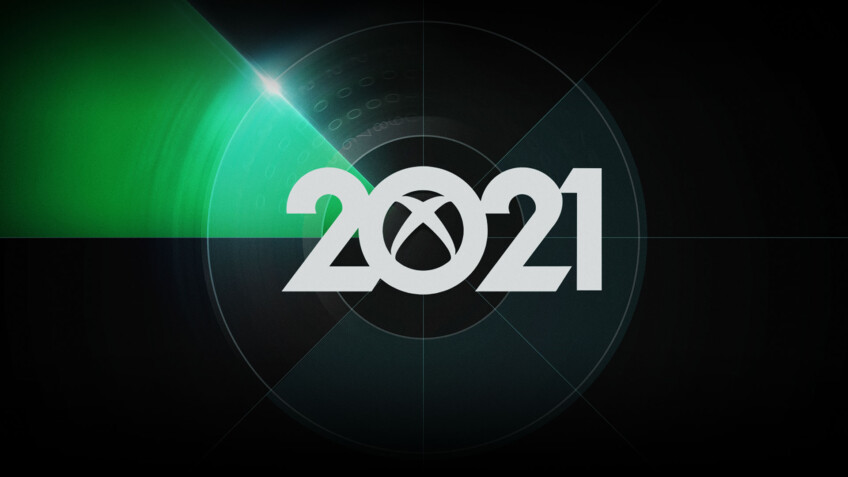 Today’s Xbox & Bethesda Games Showcase conference at E3 2021 is undoubtedly one of the most important events of this year for all owners of PC, Xbox One and Xbox Series X | S consoles, i.e. users of the Microsoft gaming ecosystem. After Phil Spencer’s announcements, mentions of the greatest Redmond company show in history, the expectations were very high. In our opinion, they managed to meet them! Numerous brand-new titles, such as Starfield and Redfall, were shown, and even more games were announced in Xbox Game Pass!

You can find the full list of trailers and announcements below. We hope that this summery will help you to catch up with the event, in case you missed it.

Microsoft and Bethesda were unlucky because the trailer was leaked just before the presentation. Besides, it must be admitted that Starfield promises to be really interesting. The trailer was supposedly prepared on the game engine and it looks great!

We’ve known about the development of this game for a long time, but it wasn’t until E3 2021 that we got a closer look at the game. There are scenes of chats around the campfire, spectacular fire exchange and… sneaking through dark, disturbing corridors. STALKER 2 is most certainly delivering its signature atmosphere!

The online shooter from Turtle Rock Studios was also presented on Xbox & Bethesda Games Showcase. Those who love struggling in co-op should be very satisfied. The good news is that Back 4 Blood will be available in Xbox Game Pass on day 1 at no extra charge!

A mysterious trailer gives us a sneak peek of a new game from Avalanche Studios, authors of, among others, Just Cause series.It’s hard to say what Contraband will actually be, except that players will explore the open world.

Sea of Thieves: A Pirate’s Life

This pirate co-op game from Rare studio is still being developed and this summer, it will have another solid portion of free content! This time it will be an unexpected crossover with Pirates of the Caribbean, and players will complete quests alongside Jack Sparrow himself.

The promises were kept and on June 13 we witnessed Battlefield 2042 gameplay. The new title of this this popular series of online shooters looks truly amazing, and the maps that evolve over the course of the game will ensure long hours of fun.

It is an intriguing, interactive thriller, the main character of which is a man trapped in a time loop. The star cast of Twelve Minutes, which includes James McAvoy, Daisy Ridley, and Willem Dafoe as voice actors, also makes a huge impression.

The crazy platformer returns with a new version, and luckily the wait of highly anticipated sequel is almost over! During Xbox & Bethesda Games Showcase, it was announced that Psychonauts 2 will hit the market on August 25 and, of course, from the day of its debut, it will be available in the Xbox Game Pass service.

We all remember very well the terrible release of Fallout 76. However, these grim times are long gone, and after many updates it became a playable and quiet popular title. During the Microsoft conference at E3 2021, new add-ons were announced, which will take its players to post-apocalyptic wasteland.

Hades, one of the highest-rated games of last year, that so far is only available on PC and Nintendo Switch, will come to Xbox One and Xbox Series X | S consoles this summer. Xbox Game Pass subscribers will play this gem at no extra charge!

Somerville, an independent title from Jumpship studio, which shows the fate of people trying to find themselves in a world invaded by aliens. The graphics and gameplay resemble the highly rated Inside – it can be interesting!

After a year-long break, we’ve got some insight from Halo Infinite. A fragment of the story campaign clearly suggests that some improvements have been made in terms of graphics, and the multiplayer promises to be fun and dynamic.

The appearance of Diablo 2: Resurrected on Microsoft and Bethesda conference was startling, but the element of surprise was not associated with just its legendary title! The release date was also announced and, to the joy of many, you’ll be able to play the remaster of the cult classic on September 23 this year!

The game, which was one of the biggest surprises of 2019, is getting a sequel. We don’t know much about A Plague Tale: Requiem, but, judging by the trailer, we can expect a similar, dark atmosphere.

There was also another trailer for highly anticipated Far Cry 6. It gave more insight to the antagonist, weapons and companions, among which were a nice-looking doggy named Chorizo and … a fighting rooster.

The colorful and charming game about breeding slimes will also receive its sequel. Slime Rancher 2 is coming out in 2022 and, guess what – is also joining Xbox Game Pass library on its release day!

Have you been dreaming of a new SSX? Well, the return of this series is not expected, but the recently announced Shredders may brighten up your wait.

Atomic Heart is a game that was long ago called the “Russian BioShock” is another big title that will be released on Xbox Game Pass. Unfortunately, the exact release day is yet to be disclosed.

Pixelart can be beautiful too! Replaced is perfect proof of that. This is a mesmerising 2.5D cyberpunk game, the setting of which catches the eye from the first seconds.

Yet another online game from Microsoft’s catalogue that’s been in intensively developed. Grounded will soon have another batch of new content for the game.

At some point, this jRPG, which was drawing inspiration from the classics of the genre, took Kickstarter by storm. However, we have to wait a long time for the debut, because Eiyuden Chronicles Hundred Heroes will not be available to players until 2023 … A year earlier, we are going to receive a side project named Rising.

The Ascent is great-looking cyberpunk game and should appeal to all fans of futuristic atmosphere and action RPGs.

The popular RTS game series will return with a new version this October. The latest trailer for Age of Empires IV shows a lot of gameplay fragments.

This unusual announcement video is informing us in an amusing way that The Outer Worlds 2 is being created. However, there is still a long way to the release.

The highly rated game that PC owners have been playing for some time will appear on Xbox Series X | S consoles in July. Microsoft Flight Simulator will undoubtedly provide hours of fun for all aviation enthusiasts.

Is it still a game or is it real life? You could ask yourself this question several times while watching the trailer and gameplay of Forza Horizon 5, the next installment of the great racing series. This time, the players will visit Mexico.

Finally, another bomb has been dropped – Redfall, a cooperative action game from Arcane studio, in which we will fight vampires. The announcement trailer suggests that we shall expect a lot of different weapons, abilities and extremely dangerous opponents.

« Today is Xbox & Bethesda Games Showcase! Watch it with us.
New games on Xbox Game Pass. What titles are joining the subscription service in 2021 and 2022? »
Subscribe
0 Comments
Inline Feedbacks
View all comments
wpDiscuz