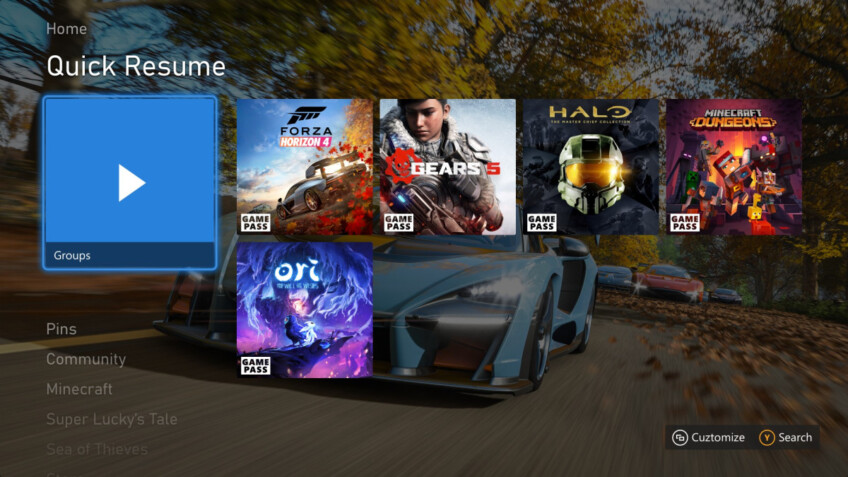 Xbox Series X | S update in May: improved Quick Resume and new parental controls
This month is not just about new titles joining Xbox Game Pass library, but also a system update for the Xbox Series X | S consoles. According to the post on the official Microsoft website, certain features and fixes that were requested by players will be inroduced.

Quick Resume, a function that allows you to instantly switch between multiple running games, will become even faster and more reliable. The games will also be tagged and placed in a special group. Thanks to this, finding titles with this function support will be much easier.

Media applications such as Plex or Apple TV will now be able to transmit the audio signal directly to external devices, bypassing the console. Enabling this option is very simple, just press a new button in the audio settings on your Xbox.

New games keep coming to Xbox Game Pass, so it’s easy to get lost in them. The possibility of previewing game trailers is now added with the new update, and this feature can come to the rescue. The video will be displayed after selecting the title that interests you.

Parents will have greater control over what their children play and will be able to block specific titles that offer online gameplay. Moreover, it will be possible to accept or decline (from the console or mobile application) requests to launch a given game.

Development of mobile applications for Android and iOS

The application, which is available on Android and iOS devices, will inform us about friends who start playing online. An interesting addition is the introduction of detailed games statistics in achievements in which we can find, for example, time spent in the played game.

These are just some of the changes and news. In addition, the discontinuation of support for the SmartGlass PC application was announced, so as the new, dynamic theme for the Xbox Series X | S consoles.